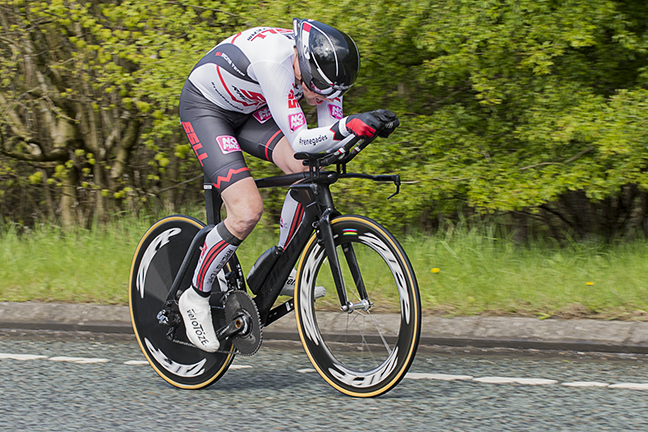 After last week`s disaster when I punctured in the warm up and missed my start, I just needed a solid ride to get me back on track in this event. I had the week from hell at work and training has not gone to plan with my power really suffering and for the first time I struggled to finish a couple of Matts sessions. In his usual confidence building style he coaxed me through each one and promised me it would return in time. He was right. It shows what a great coach Matt is, not just giving me the work to do, but having that relationship where he knows his riders so well and saying the right things at the right time to keep your head on.

Friday night when I usually have an easy ish ride, Matt gave me a ridiculous session with some top end power intervals mixed with sweetspot which I thought would end any chances of a good ride the next day, but he clearly knows what he is doing so I did it exactly to the letter and staggered in to see my wife (who`s a brilliant physio!) and she rubbed the pain away with a sports massage. J

Saturday morning the legs felt fine and I never had the time to consider the event given I had to drive to York with my son for his bike training. Two hours stood at the side of the track was nice in the cold followed by a drive back, get my kit ready and off I went.

The V212 was once the mecca for cyclists when it was part of the old A1 at Boroughbridge, but these days its even described as a sporting course with the horrible `red wall` climb about 3 miles from the finish. Its ended many a decent ride by me in the past, but the one thing I think this course is, is fair to all. Hardly any traffic to assist and no luck with lorries dragging you along. Perfect.

This was one of the best fields I had ridden in this season, Adam Duggleby whos off to the Olympics and a great rider, Steven Burke MBE and Olympic gold medal winner, then some of the best Yorkshire Tt`ists, not least my two SSLL buddies Joel and Ali.

As I was so early I went out to the course to watch a few riders who seemed to be slogging in the strong crosswind, hail, sleet, rain…..I have to say I was not looking forward to it. With 45 mins to go I pulled my kit on and set off on my usual warm up. Legs felt ok but started to grumble whenever I touched it up to 330 watts plus for any length of time. With 10 mins to my start time the sun came out, hoorhay!!

What I learnt in my ride today was that you really need to keep going regardless of how you feel. You would think I should know this all of the years I have been riding but the head can play many tricks on you when on the limit. Its no exaggeration to say that after 3 miles I very nearly sat up and packed which would have been inexcusable and ruined the team win chances! Thankfully I had a word with myself and immediately I felt better. With the turn wet I went round gingerly and made my mind up to go as hard as I could back to the finish. When I reached the red wall I suddenly felt brilliant, banged up the power and to my amazement was able to hold that to the top of the climb. Once over the top it’s a hard 1.5 miles and like riding through glue, but again no problems and actually increased my speed and power.

I crossed the line in 20.57 which was about 30 secs better than any previous time on here and I was really pleased to do a 20 in a power PB this season. My first thoughts were that I would be lucky to be top 10 as it seemed a decent day and that the better riders would be in 19 territory. However, speaking to Adam it seemed he had only put about 15 secs into me which I was more than happy with. Back at HQ it seemed I had done a good ride and finished 2nd to Adam with Burke in 3rd in 2105 and Ali Wareham 4th with 21.15. Not a lot between us at all. With Joel putting in a solid ride we also managed to win the team.

Great event and so thanks go to my second claim club, Ilkley CC and in particular Ged for organising. Ilkley are a great club and put lots back into the sport on all levels.