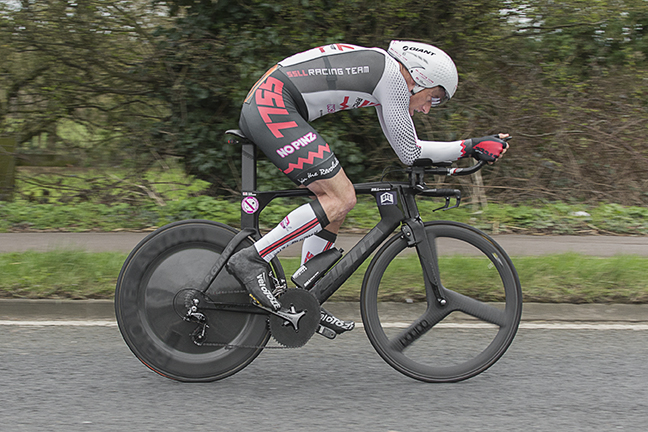 Well I think today brings (prematurely) to the end a very ‘up and down’ season for me.

RTTC Circuit Championships in Alcester today, ended with a disappointing 3rd place in the Vets (40-45) and 13th overall in a time of 53:46.

Huge congrats to a great guy Ryan Perry, and deserved winner of the race and Champion of Champions! Its been great watching him dominate this year!

Also special mentions to Matt Smith (Team Bottrill) , for an excellent 2nd place just 6 secs behind the winner.  Also to David Crawley who won the Vets age group after a stunning <18min ’10’ on the V718 in the SSLL racing team event yesterday.

Team mate Simon Beldon did a fantastic ride to end in 53:44 and win the Vets (B) category.  Simon has been a team mate for years, yet the progression under the tutelage of TT god Matt Bottrill has been astounding.  His race and Vets win have been great, as well as setting (now beaten) a Vets age 10m TT record earlier in the season.

My own season started well, with 17 wins and I was going well to the National 50 after a close Team Silver in the TTT champs earlier in June.  I was pleased to win the Vets at the National 50, but since its been a slow death…

So the last few months have been blighted with a  nagging virus that’s started mid July that I have struggled to shift.  The odd highlight since , but generally a disappointing end.

Its been a busy weekend after the hugs success of the SSLL Racing team promoted event on the V718 on Saturday that saw stunning records in the men’s and women’s events, and great rides by 6 riders (WOW!) to go <18mins.. Special mention to a great guy in James Gullen (Pedal Heaven RT) who has had a fantastic year, who after equalling the 10m record 2 weeks ago beat it with a fabulous 17:09 yesterday, only to see OnePro Cyclings Marcin Bialoblocki go even faster with a simply stunning 16:35!! And to top it all he finished off with 44:04 (another record!) in the 25 in South Wales today.

So after a busy day yesterday sorting time sheets .. which proved what everyone who works with me knows, I am CRAP at Excel, and 5hrs driving.. it was up early for a quick trip to Alcester today.

On arrival, first things first,  the ‘pic’ of the newly livered ‘team Jag’ and the race bike.. 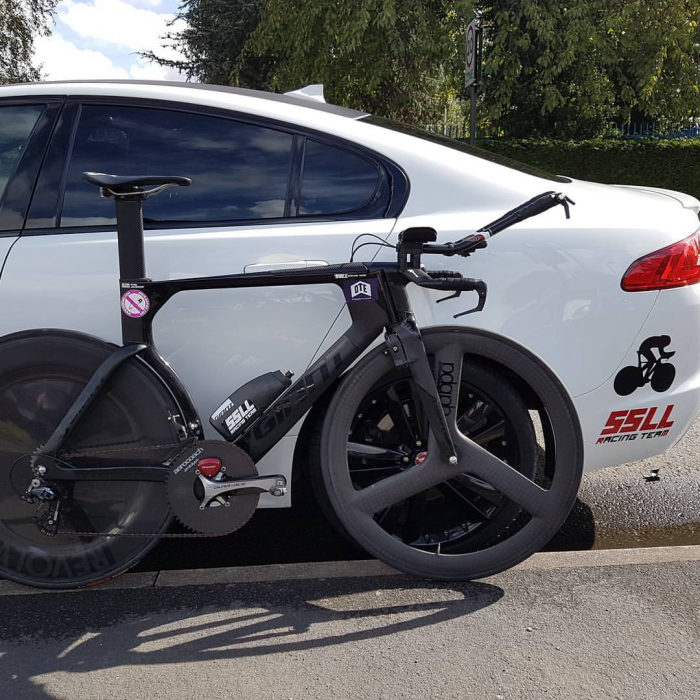 Special thanks to Simon Fearnley, SSLL main sponsor, for the decals!

Well on the warm up you just know when you have ‘legs’ or not… Not today they told me. Anyway,  man up Jackson,  You are here!

So 12:42pm arrived,  was good to chat to eventual winner, and newly married Ryan Perry, my 2 minute man, on the start line… then BANG off we go.

I head off at stupid watts (standard) flew (*well for me!!) up the first hill and settled in, to watch the watts drop… ever so slowly!  I was bloody trying though!

First lap in 27:27 (I think) .. and I hadn’t been caught… yet!  So plough on… The drag through Dunnington and Harvington was hard.  head wind, heavy roads, then the turn onto the fast run home to the DC and via Salford Priors.  Past the Best Western I used to stay in when working down there and home.

2nd lap saw Ryan catch me before the DC, what a rider!  I kept him ‘in sight’ to the line and TBH his carrot helped me up it a little to the end.

So.. what next?  I have in the RTTC Closed Circuit champs on 23rd October.. but we will see… Main target now is the ‘World Long course Time Trial Champs’ in Borrego Springs in Cali in November.  Such a ‘USA’ race – world champs – anyone heard of it?!  NO!  ah well be a good excuse to do what I do best.. ride long and average hard!  Can’t wait!

So… the inaugural season for SSLL racing team is coming to a close… but its been a privilege to ride with some great long term friends, new friends and great athletes… the team have achieved some great things, lets just remind ourselves…

And many more I can’t even recall!

So, maybe not exactly what we hoped for… but still its been a great journey and great season.

Thanks to all my team mates and competitors and special thanks to:
Simon Fearnley & Keith Davey (SSLL)